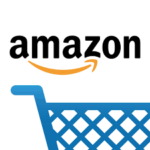 The giants like Amazon, Target, Walmart and Costco have many competitive advantages over small click and mortar and e-commerce businesses that makes it very difficult to compete on identical products. Competing with these giants is addressed in many articles over the last years but as astute small business-people see with many big brands jumping onto the Amazon bandwagon, the prospect of beating Amazon is just not realistic.

The fact is that these large retailers have a real competitive advantage over smaller ones. Amazon is both a retailer as well as a marketplace which allows someone to buy from a third-party retailer on their website. It turns out that many of these third-party vendors sell for pennies in profits. How could you compete with that, any WHY would you?

The only success that I can see in competing with Amazon is to try to sell something different than what they sell so you’re just not competing with them. That is a mantra that is pushed often by writers and speakers at merchandise shows, but the reality is WHAT could you sell that is not available on Amazon?

Maybe a custom product or hand made product would work, but that is not practical for many of us mainstream retailers. Some retailers have taken to selling merchandise on a subscription box basis — and that works for some merchandise but really not the answer a retailer like myself wants to see.

The sad news is that all of the writers and speakers that I have read and listened to over the recent years stress finding unique merchandise (good luck with that!) and at the recent ASD Marketweek show there was a speaker who caught my attention when he said Amazon was killing our small retailers – but then went on to say that we can fight them by giving better customer service to our shoppers. Really?! This is the sort of dribble that permeates our industry that does no service to anyone who has been active for more than a month or two! You’re not going to combat Amazon with better in-store service, especially since you’re going to be on an uphill battle even getting the shopper into your store.

I hope that maybe our readers have some tips to share that have helped them combat the giants and will share there here for our fellow retailers. There is no simple answer to our survival but I do know it’s not customer service or offering a latte to shoppers at our stores.

This article brought to you by Retailers Forum Magazine, a monthly wholesale merchandise magazine servicing the industry since 1981 with no-nonsense articles and information to this country’s retailers.

One thought on “Sorry, Your Small Business Can’t Compete With Amazon”