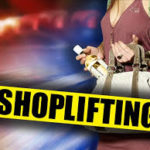 Is it just the “Bernie” supporters who want everything for free, or has the state of California jumped on the bandwagon of giving away the farm?

Retailers in California are feeling the sting of increased shoplifting throughout the state as the government powers that be changed the laws when it comes to penalties for the CRIME of shoplifting. Turns out that the new rules say that anything stolen that is less than $950 keeps the crime a misdemeanor.- and likely means that the thieves face no pursuit and no punishment.

It is already being reported by many larger retailers in the state that shoplifting is up around 15 percent already since voters in the state approved Proposition 47 and ended the possibility of charging shoplifters with a felony and potential prison sentence.

The recent ballot also lowered penalties for forgery, fraud, petty theft and drug possession. WHO was doing the voting? Criminals!! What civic minded person would agree to the ridiculous changes in the law?

Retailers are saying that while they are installing more security cameras and watching shoppers more carefully it’s just not worth pursuing the shoplifters since the laws no longer protect the store owners and are favoring the criminals.

THIS is why Trump and Sanders have picked up steam this election year!