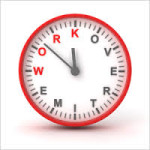 The Labor Department’s proposal to expand overtime would suffocate employee development and company growth, a small gift shop owner from Alabama testified recently at the hearing. Many wholesale merchandise suppliers and independent retail stores are up in arms over this new proposal.

Having a blanket overtime rule ignores the fact that the cost of living from city-to-city varies greatly. He pointed out the major differences from his small Alabama city to New York City. Such a dramatic one-size-fits-all increase will have big consequences for workers as well as small businesses. Every dollar spent on compliance of this regulation would have been one that could be used to grow businesses and invest further in employees.

The National Retail Federation has found that the more than doubling of the overtime salary threshold will force many employers to convert their salaried managers to hourly,. non-exempt status, and their managers would oppose the rule because overtime expansion would limit their opportunities for career advancement. It would also have a disproportionate impact in rural, low-wage areas.

Converting salaried positions to an hourly wage adds pressure to get the job done in a standard 4-hour work week. Most employers will not keep the workers past the 40-hours because of the exorbitant costs and this will hurt everyone.

This new overtime rule is bad for employees as well as business owners, it was argued to the Labor Department and small business owners around the country need to speak up against it.

The trend that we here at Forum have seen is that many employers are cutting their workers hours. With the mandatory health care inclusion now set at 30 hours, we have heard from many workers complaining their hours now are averaging under 30 hours weekly so employers do not have to put them on their health care coverage. How is anyone supposed to make a fair living and support themselves or their families on part time work. Our country has become one of part-timers and “gig” workers. When all the politicians talk of job creation it would be nice to know if they are meaning full time, full employed workers like our parents enjoyed during their careers.

What do you think?  Share your comments with us.