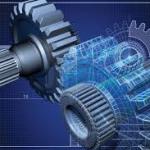 This month just some fodder to think about. Since the election of our president (twice!) there was a good deal of talk about bringing manufacturing back to the United States. The idea is great and it stirs up a lot of cheers from the crowd. But the reality of doing this really is quite different that the concept.

If you are talking about very high end goods like cars, then yes, manufacturing can be done in the USA. The product has enough margin to sustain localized manufacturing. How many people do you know who build cars? The talk was about all types of manufacturing to get our factories buzzing again. That is a much harder scenario.

When it comes to wholesale merchandise, do we really think that we will be able to manufacture here as opposed to overseas? The conundrum is that dollar store merchandise made here in the USA would be considered $5 store. Because citizens of the USA are trained on bargains and deals, it’s very unlikely that they will pay double or triple for a product because it is USA-made. The concept of USA-made gets a lot of cheers until consumers need to open their wallets to pay for it.

The other end of that is the manufacturing itself. How many people do you know will want to work on a factory assembly line making minimum wage to assemble widgets? Even if a factory could employ American workers for minimum wage, that is still double, triple or beyond what they pay their counterparts in other countries.

So, we have a double edge problem. We really should manufacture here but we really can’t afford to either make it, or buy it after it’s made. And unless the product is a high margin one, companies will not consider cutting into their own margins.

By the way, and I never understand why the millennials never take offense to Apple when they are “Occupying Wall Street.” Here is a company that employees poorly paid workers in China – exploits them and charges $600 for a cell phone here in the USA. This is a great example where we CAN manufacture here in the USA and maybe instead of costing $5 to make an iPhone it would take $10 – still leaving a big margin and allowing American workers the opportunity of employment.

I often think of the Apple scenario and wonder why our President hasn’t reached out to the mega tech gurus over there … then I realized that he’s a Blackberry guy! And we all know what’s happened to Blackberry!