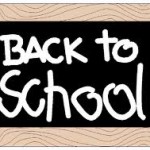 The back-to-school shopping season is a boom to most retailers and while the numbers for 2012 are looking promising, they are much more sluggish than last year. The simple reason is that the season will start later as many students and their parents are delaying their purchases until after school actually starts.

With trends and styles changing weekly, shoppers want to buy the right items and thus are waiting for the school bell to ring so that the students can see what is popular amongst their fellow students. Of course, if you think about it, it makes no sense because if everyone’s waiting then they are all starting school with outdated styles! But, in the world of retailing not everything seems to make sense. This is bad news for the economy as the late start is not good and merchandise sitting on the retailers shelves waiting for the shoppers is never a good thing.

Large chains such as Wal-Mart and Office Depot have seen their customers playing the waiting game and buying only things that are necessary for the initial start of school. They also feel that the shoppers are waiting for the deals.

The consequences will be dire if the sales do not rebound. This selling season is the second largest period. By late August it is estimated that only 8 percent of shoppers with school age children had completed their back to school shopping, the lowest figure in the last several years.

Some stores like A&F overdid things by bringing in winter gear way too early and have performed poorly for this season. Heavy winter jackets and sweaters when it’s 95 degrees outside may not have been the smart move for the chain.

Many older students will be waiting until after Labor Day so that they can assess what their friends are wearing as well as what their favorite stores will be showing for the new season.